Finished a more finalized draft of the user interface. Moved the buttons, spaced them to look more like face buttons on a controller, added circles between them to further reinforce this, and more other stuff that will HOPEFULLY help the player know how to actually control this game.

More challenges this week. I mistakenly assumed that the game was almost solely played on Xbox controllers, and in an effort to make the UI more intuitive (and to drive home the fact that control is done through the face buttons) I created a version of the UI with color coding that matched the Xbox face buttons. Jeff was adamant about keeping the game “controller agnostic” and supportive of other controllers like the Playstation or Switch. Color coding would still work fine in these cases, but we don’t currently have a way of detecting what type of controller is plugged in. For now, the inner circles will be colored for the player.

Playtesting next week! I’m going to try and help get the new interface in before then. I’m also going to start writing tooltips, and figure out a way to have them appear to the player in a smart way. New icons need to be made and implemented, and I’ll be working with Meagan to accomplish that, as well as getting all the current icons symmetrical. This is so they can be mixed and matched between the button frames in support of our new loadout system, and so that guidelines are established for making new icons in the future. 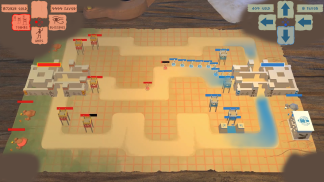 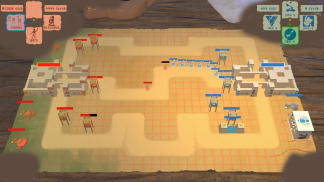 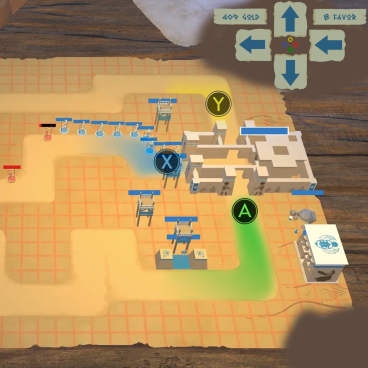 View all posts by Jo Brown